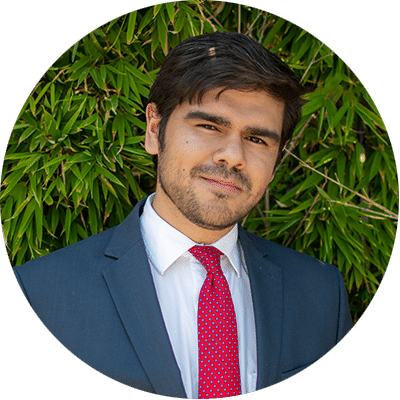 In law school, Mr. Rodriguez served as a Staff Editor and author of the Kentucky Journal of Equine, Agriculture, and Natural Resources Law. His note, Deficiencies in the Agricultural Labor Market, was published in the 2016-2017 edition. Mr. Rodriguez also served as a member of the Moot Court Board and competed at the Ninth Annual National Latina/o Law Student Association Moot Court Competition in Boston, Massachusetts. Additionally, he was a member of the Trial Advocacy Board.

After graduation from law school, Mr. Rodriguez served as a Staff Attorney for the Honorable Lucinda C. Masterton in the Fayette County Circuit Court in Lexington, Kentucky, drafting orders, writing opinions, and conducting legal research. Mr. Rodriguez then earned valuable experience in real estate and business litigation by working at a boutique firm in Santa Monica. He further sharpened his litigation skills at a civil defense firm in Pasadena, representing public private and public entities against habitability claims, landlord/tenant disputes, and breach of contract claims.

In his spare time, he enjoys watching and playing soccer as well as biking. He has visited Japan, Iceland, Spain, Portugal, Italy, France, Ireland, England, and Mexico but hopes to add many more countries to that list.